If you took a prep course on India, read 3 Lonely Planets thoroughly, watched Eat Pray Love 3 x over (you know I did) and spoke to people who have travelled to India, the country would STILL shock you.

We packed up from Agra and went on what was supposed to be a 4 hour drive to Jaipur. We realized that “Indian time” was a real thing and that a 4 hour drive really meant 6 and a half hours.

We majorly got lost but instead of getting angry and raging (like we would at home), we were laughing and found the whole thing hilarious. It seems like the people have this easy going/go with the flow mind set and we thankfully adapted to it. We asked about 10 different people for directions….2 of which were children under the age of 6. Everyone we approached were smiling with hearts so full it made my heart full. How can they be so happy with so little? Why is everyone back home irritated so easily? These people are beautiful I kept thinking. Whether being in traffic or lost, I always took these opportunities as a chance to witness more of this culture. I got to pick up on the small details that I wouldn’t necessarily notice if I was racing from place to place. I got to fall in love with the simple things like the colourful garbage trucks, the little boys who were wearing eyeliner, outdoor barber stands, the fine details of every woman’s beautiful sari, playing the game we called “spot a garbage can” (we found 2…..one having an animal in it) and cars more packed with people than a subway in New York at rush hour. We set up shop in the Indian countryside of Jaipur and stayed in the loveliest eco friendly, artsy boutique lodge. At first we were a little annoyed as it was FREEZING (there was no heavy heat in the rooms) and very far from the city but it didn’t take us long to recognize its charm. We had lunch from the outdoor kitchen and it was the best meal we have had so far on the trip. Sometimes you just need to be patient to see the good potential in things. We quickly put ourselves together and set out for the day to explore Jaipur. Jaipur also known as the “Pink City” was definitely pink and the girly girl in me ate it up! It was much different than Delhi and Agra- it was lined with everything from food stalls to flower stalls to tented areas where children ran around naked. Cows and pigs roamed around more freely here and cows- having more rights than humans in India- took advantage of that…sitting down where they pleased…even if that meant in the middle of the highway causing huge jams. We started our day off by going to the Galtaji Temple aka the Monkey Temple. It sat between the mountains that were covered in cliff/rock with a dark green lake in the center. After getting mildly attacked by a monkey in Bali, I did not carry any bananas on me and avoided eye contact. Them bitches be crazy!

The main attraction of the whole thing was finding the CUTEST little girl I have ever seen. I wanted to Angelina Jolie the hell out of her and take her home with me by luring her into my backpack with money. She was dressed in a jewelled head piece and colourful maxi skirt and had an innocent giggle that only little children can make. She was well trained though- within 10 seconds of bending down to say hi, she grabbed my hand and pulled a snake out of her bag. She had a work ethic at the age of 4 that I am not even sure I have now. After her little show, I busted out my bubbles that I had been carrying and we played with them and she just died of laughter! Before I handed them to her though I firmly shouted “Don’t drink!!” because she looked at the bubbles in the same way I would look at a glass of red after a stressful day. Not to confuse with stupidity though because this girl was smart…. she hand signalled to me that she also wanted money before I left. Later on I saw her playing with the bubbles though just showing that even though these kids hustle and work- they are still kids after all. Jaipur was the city where not only did we buy enough trinkets to open a small mall (EVERYTHING WAS SO COOL!) but it was the city where everyone wanted a buck. Even a man sitting there with his cow who I took a photo of from the inside of the car would run up saying “Money for photo, money for photo!”. If you did give them a look that you might want to buy something from their store…oh boy, you were finished. We were in trouble often. We started off only wanting to buy keychains…which turned to small bowls…which turned to bags. Then we were like this is the final straw. They are as persistent as Jehovah Witness’ and when I came back form the bathroom and saw a crowd around Jenna looking at bracelets, I couldn’t help but die of laughter. Sucked in again. Jenna can officially be called the worst bargainer ever. Pretty sure she upped a price at one point. Joanna and I learned that whatever price they offer you, you cut it in half and you are still getting ripped off! It was annoying of course to have them not stop at certain points…especially at another site we went to….where we had a guy follow us for over 20 minutes slowly trying to lower the price. Me yelling at him and saying “My brother would not be happy!!!” (a saying that worked most of the time) did not do a thing.

READ SIMILAR POSTS
The Top Things To Do in Gananoque, Ontario: The Perfect 1000 Islands Itinerary The thing is with all of this is that they mean well and are just trying to make a living and feed themselves. Certain people we came across would pull at my heart strings so badly that I just wanted to give them my debit card entirely but…. you just can’t. There are impoverished people everywhere you turn and when you give one person something- a crowd forms. It was really hard to be that strong as much as we wanted to help.

We filled up the next two days with riding colourful painted elephants up to this stunning mustard coloured fort that had incredible views. We saw a few other historical sites and went inside the markets filling ourselves up with more of the culture. We were supposed to go hot air ballooning to finish off our last day which is a dream of mine but it was called off. This is the second time this has happened to me (first time happened in Arizona) but I guess it just isn’t in my cards right now! haha. Our lodge had campsite dinners each night where we chatted with other guests- some from Japan, London, Vancouver & Hong kong where we shared stories of our days- our frustrations and our highlights. We sipped on chai tea (Joanna’s case) and red wine (mine and Jenna’s) and ended the night feeling so happy to have made this trip. Travelling IS really the only thing you can buy that can make you richer.

We waved goodbye to Jaipur in the early morning as we watched the sun rise in the amber sky. The bustle of the streets was quietly beginning and we took in one last glance at a city with so many personalities.

PS: From now until mid January, you can save 15% off any piece of clothing from Gypsy05 with the promo code GIRLSOCHIC! The snakeskin pants from the elephant riding day are from Gypsy and they are SO comfy!!

Just a picture perfect day that lasts a whole lifetime 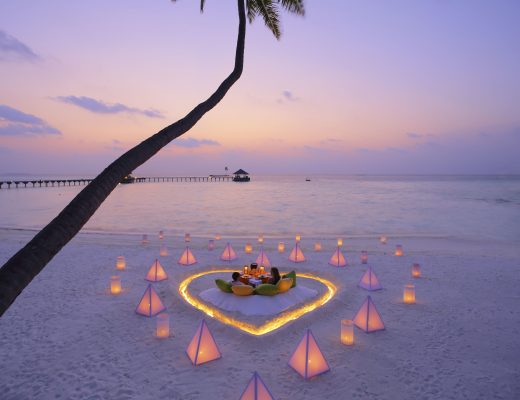