BABY!! HOW I FOUND OUT I WAS PREGNANT + FIRST TRIMESTER UPDATE 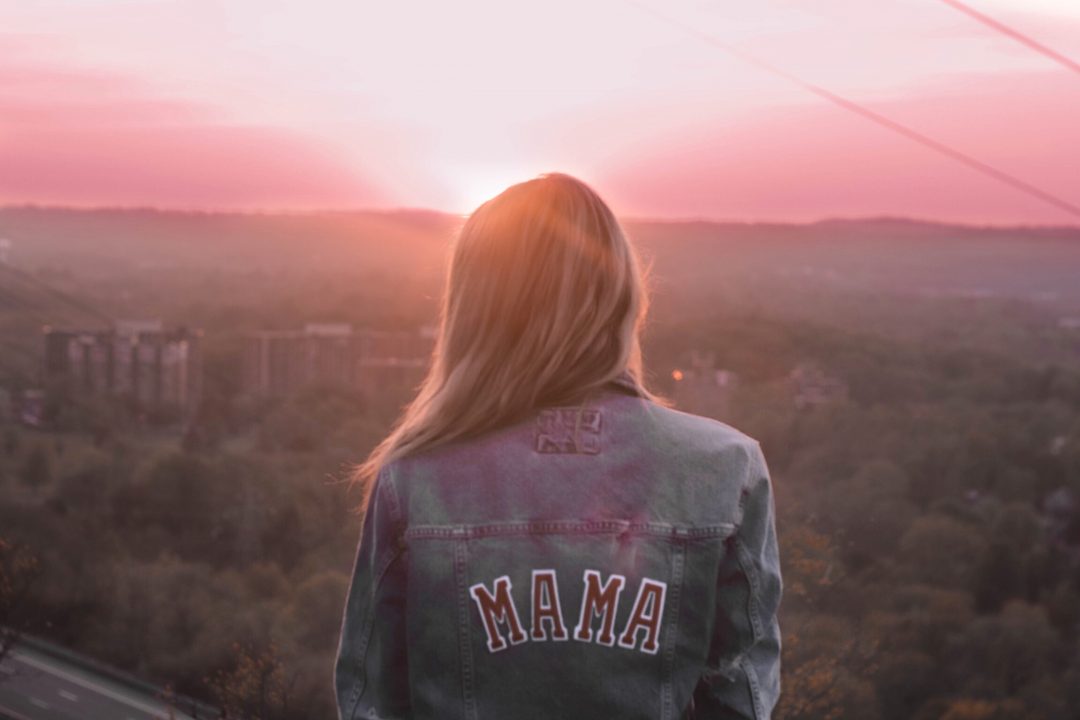 On Friday, I shared the exciting news that Aaron and I are having a baby! Omg…still typing that seems crazy!

Finding out I was pregnant was completely different than how I imagined it. I imagined being super excited, anticipating the moment and sharing it with Aaron in a cute way.

How it actually went down: Feelings of COMPLETE and utter shock followed by shaking and crying.  See also: Dramatic

Aaron and I obviously wanted kids but we were not planning on it just yet. We were planning to enjoy newlywed life for about a year and then would start to “try”

At the end of January though I decided to go off the pill- not to get pregnant but to just regulate my body. I had been on it for over 5 years and friends of mine said it sometimes takes a good few months for your system to function regularly again. Well, apparently mine was ready to go…RIGHT AWAY. As in two weeks after getting off the pill even though we were being very careful. OR SO WE THOUGHT

We went to Mexico at the beginning of March and were drinking margs, eating sushi..being in a Zika zone- you know- complete opposite things you do when you are pregnant.

After we got back (which was March 7th), I still didn’t have my period. I heard that sometimes when you first get off the pill, it takes longer than a month to get it again so wasn’t ENTIRELY worried. After a few days of being home though, I said to Aaron that maybe I should get a pregnancy test for piece of mind.

I went by Shopper’s on my way to work and grabbed a few items I needed and after humming and hawing if I needed to get a test, I reluctantly grabbed one. That shit is expensive!!! I’m sure glad I did though. I got to work and took it right away. My thinking was…..Ill take it and get on with my normal day and life!  I was about to just toss it out when I saw a second faint line appear. I cannot tell you how fast my heart started beating in that moment. I grabbed the box trying to concentrate on the instructions page to ensure that two lines actually meant positive. I felt like I couldn’t even read or see straight

The second line was faint I thought. This could be an error.

Without thinking twice, I texted one of my best friends telling her my situation. It went a little something like this:

“DEE WHAT THE FUCK PLEASE HELP ME. I JUST TOOK A PREGNANCY TEST AND THE SECOND LINE IS FAINT. CAN THIS BE NEGATIVE?

I not only typed the text in all caps but I spelled everything wrong.

She called me right away. She talked me through it and said that even a faint line did indicate a positive ( FYI YOU GUYS!!). I was sweating and shaking. Looking back I was in complete shock. She said I needed time to process everything and that I would be super happy in another week or so. She stated all the positive reasons of why this was amazing and how as control freaks ( she is one like me) that we don’t know how to handle when our plan doesn’t go how we thought it would in our heads. I stayed on the phone silently as she spoke…listening to what she was saying but also unable to mutter anything back.

She started to laugh..

“I’m pregnant too and this exact same situation happened to me a few days ago. I wasn’t going to tell anyone so soon but how could I not now?”

I couldn’t help but laugh through my tears and instantly feel a bit better. What are the odds? This would be her second baby but to have due dates a few days apart and not having planned it? Kind of meant to be!

My mind set improved a bit.

Next was to tell Aaron… I always envisioned telling Aaron exciting news like this in a cute and creative way….like making him baby back ribs – the same way Rebecca told Uncle Jesse on Full house HA! Well, not that night. I went home, got in the door, dropped my purse and broke down. Looking back, I  seemed like a mess and perhaps this can be blamed on the surge of hormones ( let’s roll with that)

Aaron was shocked as well but happy and positive. He didn’t understand why I was crying the way that I was LOLZ.

I shared with him how I wanted us to go on one last big trip, how I had two good friends weddings coming up, how work would be super busy for me and how he just started a new job. I may have mentioned “Big Trip” more times than not though..

Being the patient, understanding and amazing man that he is, he spoke about all the reasons of why that didn’t matter and then told me plain and simple to “Stop acting like our life will be coming to a screeching halt. It is only just beginning”.

He was completely right.

This didn’t stop me from waking up the next day and heavily researching trips to South Africa and trying to sell him on them. I was acting like a person binging out on chocolate before they were set to start a diet.

A few days later, my mindset slowly started to shift.

I am a firm believer in what’s meant to be will be and this was clearly meant to be.

Another HUGE reason that I started to change my tune was because over the years I had  followed so many AMAZING ladies ( Eat Sleep Wear, A Dash of Darling and A Slice of Style – to name a few) who have struggled with infertility issues and who wanted a baby more than anything else. I felt selfish and ungrateful after thinking of these ladies whose stories have made me cry. I realized how this was a true miracle and gift. To not have to “try” and go through the pain of seeing a negative test again and again? I should be kissing the ground and praising the big guy above. I know there are so many woman who suffer in silence as well and if you do- you should read these ladies above stories’…spoiler alert: they all have beautiful babies now…one on the way!!!

I wanted to share my true reaction  ( and I hope without judgement) as I feel its important for people to know that not everyone feels rainbows and butterflies and smiles like you see on Instagram. That perhaps if someone else is reading this and feels how I felt initially that they too will have their mindset shifted. That it is normal to feel scared or shocked! If you feel like this, give yourself time.

Fast forward to now and we couldn’t be more excited!

I will be 17 weeks tomorrow and am in the second trimester but I wrote down all the feelings and thoughts from the first trimester and will continue to keep the updates going! Not missing wine yet. Still feeling like myself body wise

-Instantly having to give up prosciutto ( BUT IM ITALIAN!!)

-Not being able to share the news with hardly anyone also sucked at the beginning. I feel like its a very lonely and isolating time at first. You want to feel excited and you want to tell people your “secret” but you can’t. Towards the end of the first trimester, I got used to not telling people and I actually didn’t want to tell people right away when I was “allowed”.  You are also feel worried in this stage because its such a vulnerable few weeks. Is everything ok? Is this feeling normal? I felt a pain- what is that? I became a google monster at one point and it was bad.

Lastly, can I just say that fake drinking is the worst and  super hard!?? Especially when turning down a drink for me is about as rare as a Supermoon.  I found out I was pregnant a week before my friends Bachelorette party so I felt like such a buzzkill that night. I was SO tired yet trying to act like I was being my fun self. I had to Irish exit the bar and get back to the hotel to sleep by 1AM and to everyone else there, not knowing I was pregnant, I seemed like a party pooper.

CravedKetchup, Dill Pickle or BBQ chips, Watermelon & Pineapple. Everytime I would finish a bag I would tell Aaron I was “DONE WITH CHIPS FOR GOOD!” and he rolled his eyes and tried to guess the next flavour I wanted. Thankfully this passed.

I have to say that I have felt pretty great so far ( knock on wood!). I was just  extremely tired at times ( hits you all of a sudden and hard),  super thirsty, have to pee all the time ( I peed all the time before pregnancy though so kind of used to it), felt way more hungry ( needed to be snacking every few hours- this passed now though) and an occasional headache here and there.  No nausea or morning sickness! The last part of my first trimester I started breaking out on my face so that was super cool. Aaron may want to throw in moodiness here but I beg to differ.

Stay tuned for more baby related posts! I am partnering with a few awesome companies in the next bit- one of them being DIONO and am excited to learn more about stuff I need ( and currently have no clue about) 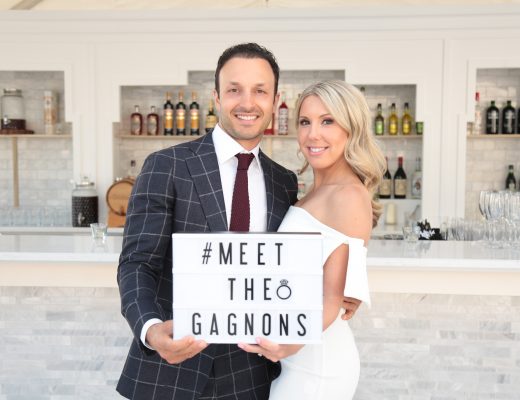 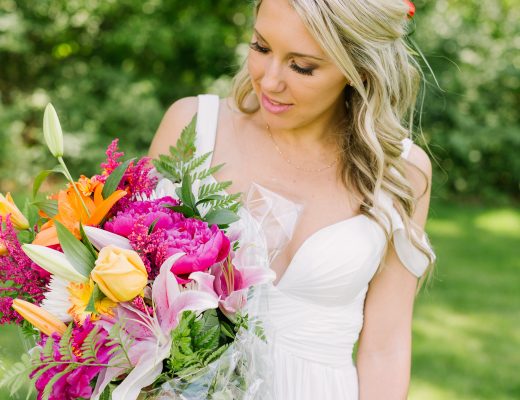 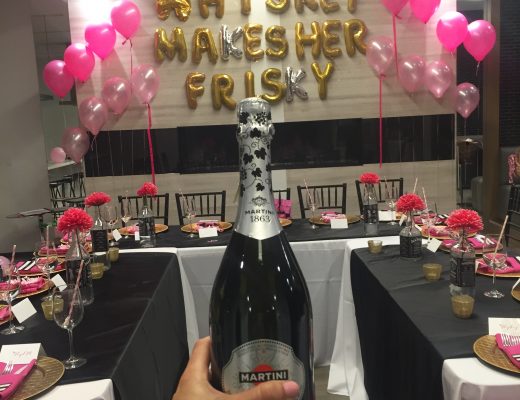