5 Places to check out in Kauai with National Car 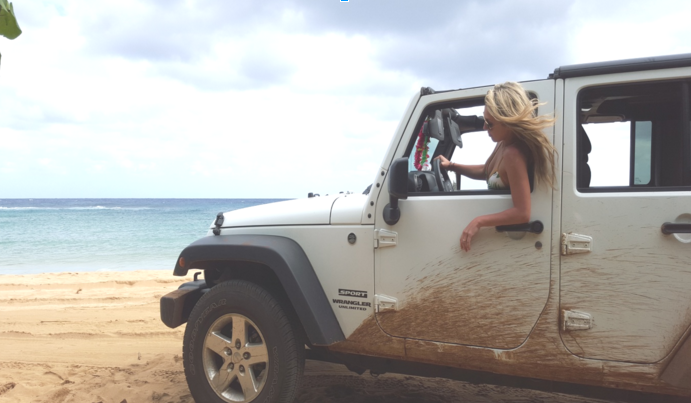 If there is one thing you need to know about Kauai- it is that you need a car. The island is small enough to circle and in order to discover the true beauty of this tropical and magical place- you need some wheels to get you around. The second thing- is that you need a Wrangler. The island is meant for adventuring and the Wrangler does just that. I rented my car from National  and couldn’t be happier! I am an Emerald Club Member with them and at certain locations- this membership has soo many benefits. The Kauai airport is one of these locations so I bypassed the rental counter and went directly to the Emerald Club Aisle and choose my car and got 2x the AIR MILES Reward Miles!

Let me show you where National Car Rental and my Wrangler took me on the island and get ready to get AIR MILES Reward Miles while you’re at it!

#1. Hit some of the World’s Best Beaches! Kauai is home to some of the world’s best beaches! With my Wrangler- I was able to find them all!

Here were our favorite ones:

Polihale State Park– If you are looking for a beach that is off the tourist grid- go here! It is on the west side of the island and is the furthest point that is accessible before the Na Pali Coast! Also the best place to watch the sunset as this is where it sets!

Hanalei Bay- This beach has been named the “Top Beach in America” and for good reason. It’s a dream! We found when we were there it was never super crowded and it was a great place to laze around and take in the air. There is also a beautiful pier on the right hand side that is fun to walk out to!

READ SIMILAR POSTS
7 Things to do in Vegas Besides Gambling

Hideaway Beach- It is definitely harder to find hence the name but once you reach it- you realize it’s worth the GPS confusion and the small hike to get there. Mark at the St Regis and just outside the parking lot to the right- you will see a small entrance!

#2.  Scope out some of the islands best local foods! I miss a lot of things about Kauai now that I am at home- but what I miss most is all of the fresh, amazing foods!  Right after we picked up our car from the LIH airport (one of the Emerald Aisle National Car Rental locations)- we hit an Acai stand. You can find good Acai bowls , poke bowls, sushi, tacos, and fresh fruit pretty much every 5 miles but I would recommend hitting Makai Sushi in Poipu ( 5 star rating on yelp!!!), Anoha Juice Bar ( conveniently  in the same supermarket as Makai), Pacos Tacos in Ka’paa ( we went here 3 times), Kauai Juice Co and the Dolphin Fish Market for…JUST ABOUT ANYTHING.

#3. See the countryside and take the back roads! Some of our favorite rides were the ones that were inland, surrounded by trees and were close to the mountains. We got to see the REAL Kauai on these drives – pink, bright flowers, loads of different trees I’ve never seen before and other fun things like the Coconut Plantation Field! A lot of scenes from Jurassic park were filmed on the ranches on the countryside and we definitely felt like we were in a scene of the movie at certain times! Thankfully no mean dinosaurs though

#4. Hit the cute and bohemian town of Ka’paa Our favorite neighborhood by a mile was Ka’paa town! We drove our car out here in the mornings and did our runs along the beach. When the sun went down, we drove out there and had a dinner or a Mai tai. Our mid mornings were filled with coffee runs at Java Kai (on the strip) and we took in leisurely strolls into some of the cute stores.  It is the most colorful town I’ve ever seen and it is not to be missed

READ SIMILAR POSTS
ROAD TRIPPING THROUGH CALI WITH OUR MAZDA

#5. Take in the Na Pali Coast from ALL of the angles you can The Na Pali coast is not easily accessible. Its safe to say you need several modes of transportation to see it. We were a little spoiled and got to see it twice during our 7 days there  and we thank the sweet heavens for it because it was the mosttttt beautiful! The first time we took our car to the West side of the island and from there hopped on a boat with Kauai Sea Tours. We got super lucky as the sea along this coast is known to be choppy and especially not favourable in the winter months. While we were out there- it was smooth, sunny and mesmerizing. The coast looks like a scene from another world.  A few days later we drove our Wrangler to the airport and hopped on a helicopter and got a birds eye view of the coast via helicopter. I highly recommend doing this if you can. We were able to see the hidden waterfalls that were tucked into the rugged mountains, the curvy cliff edges that met the bright blue water and even a rainbow!

Make sure to sign up for AIR MILES HERE!

This post was sponsored by AIR MILES and its partner, National Car Rental 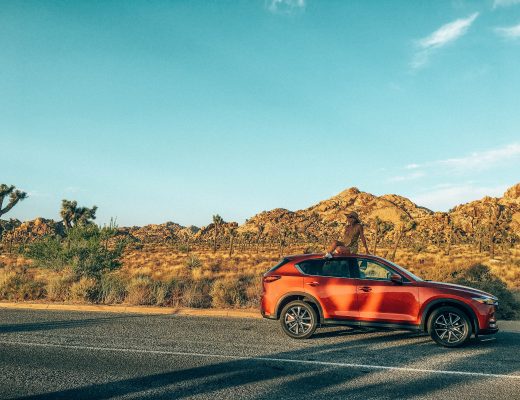 ROAD TRIPPING THROUGH CALI WITH OUR MAZDA 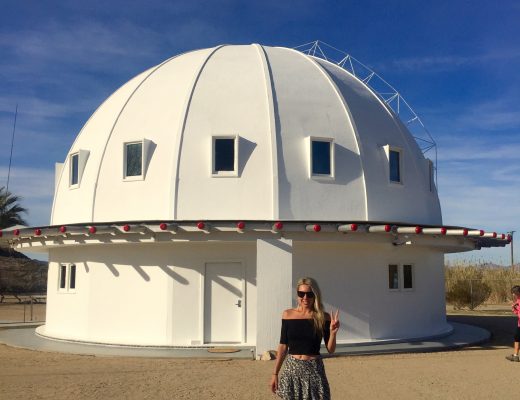